This is a submission to Game Off 2019

View the submission page for this entry

It was the year 20XX and everything was fine and dandy. But then suddenly these weird anomalies started appearing all over the world and they had to call, The Cannonball Engineers.

Cannonball Engineers is a physics based puzzler that was created solely by me during a span of a month for #GitHugGameOff game jam.

Fun game, I was thinking it was all in my head but I'm not sure. It seems the consistency is slightly off for different shots. One time at full launch I exploded, then at full launch somewhere else I didn't explode. Maybe if there were more in-depth instructions or IDK. Something is not quite right but I can't quite put my finger on it. Regardless it is a very fun game. Really enjoyed playing.

Thanks! Yeah, it's quite finicky indeed. My best guess now pretty closely two years after making it, would be that there is some weirdness going on on the collision detection. The physical bodies are composed of multiple smaller shapes jointed together and they can sometimes go a bit bonkers and intersect witch each others and/or walls. I'd guess that the intersecting checks I added were a bit too greedy and abrupt so the cause for deaths is not actually about the collision force. Now thinking about it, it might have been a good idea to implement it so that I'd give a certain small grace period of lets say 20 ms of where bodies can intersect without death and only trigger the destroy if they keep intersecting for longer periods than that.

Well if you ever do an update I would love to play again. Sounds like you have an idea of a way to tweak it. Awesome. I still had a blast playing. It just was hard to figure out what was what. :)

I really want to play this, the aesthetics are fantastic, but my cannon-dudes keep exploding right after I fire them :( some of them don't and stick to the walls, but it's inconsistent enough that I can't play properly. Am I doing something wrong?

Unless there is some weird bug causing this for you, it is all about the launch force.

The dudes explode when:

So most likely you are just using too much force. Try using less and less until you find the sweet spot where they stay alive.

Thanks for the interest and sorry about the long answer delay! 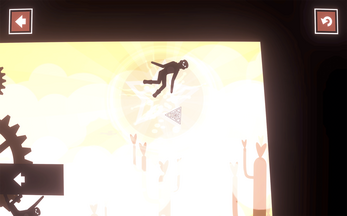 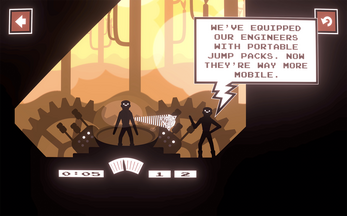 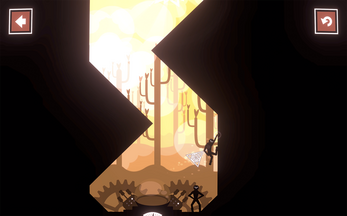 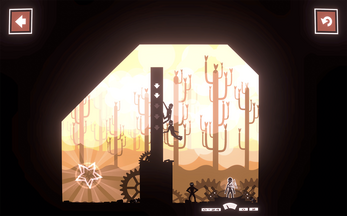 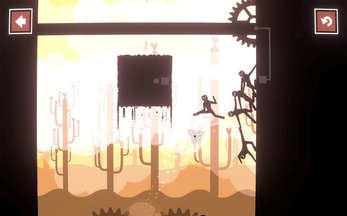