well I got to a 4 letter door which I assume is the final door.
but obviously I have no idea what the answer is and I cant remember ever having seen a map or any way to get back to an earlier part of the game either :-/

somehow must have missed that stuff

made it past that and now I am confronted with letters that break when i touch them.
so getting past certain jumps seems kind of impossible to me O_o

You can still jump off those breaking letters once.

hm, at some point I came to a double locked door expecting me to input 2 letters to open. no idea how to open that, like what letters are expected. so I gave up

Did you mean this one? cause you had to pick letters that make the same design on the screens 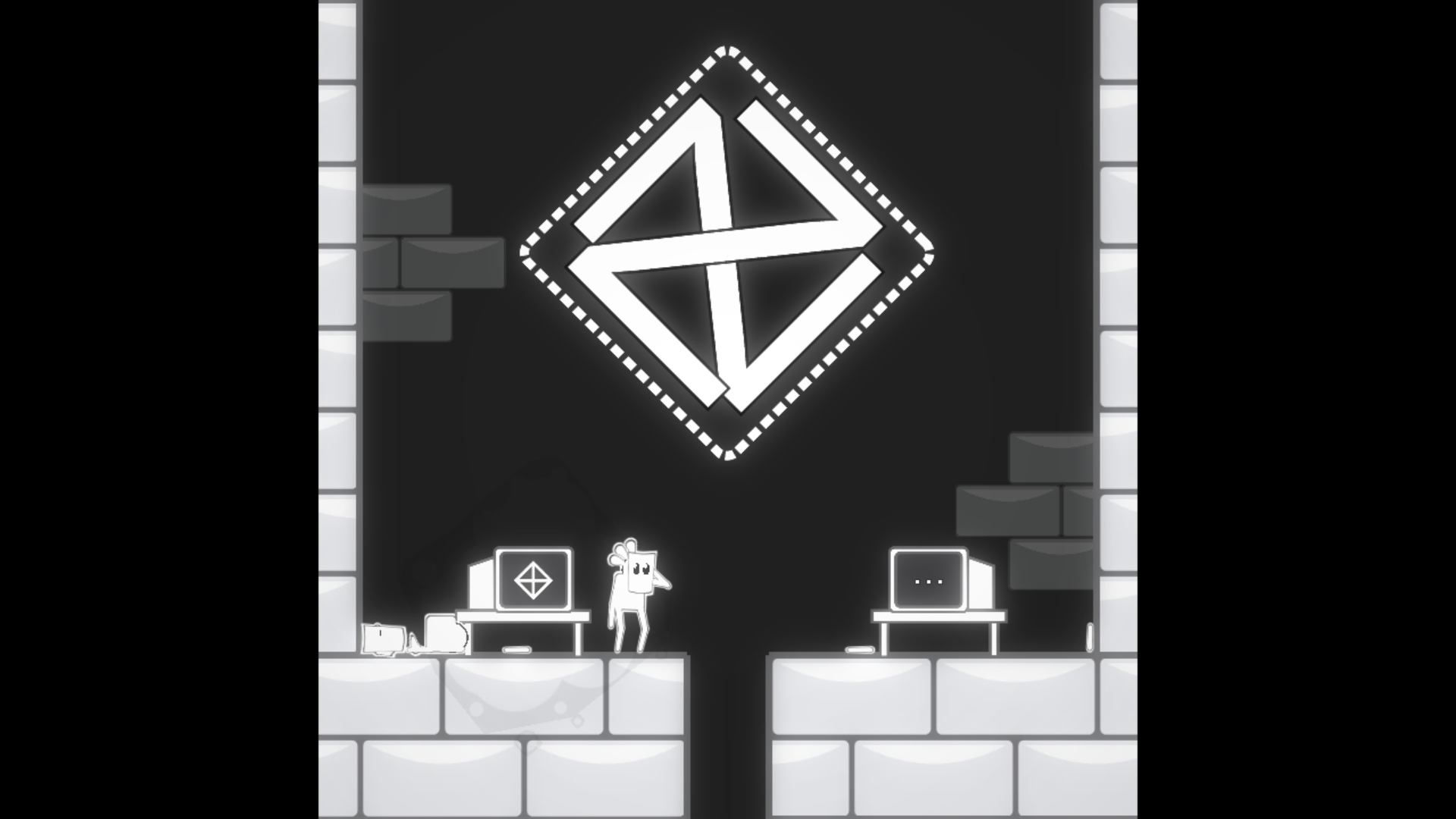 eh, no idea, I don't even remember this game too much anymore.

if you do then at least now u know what to do :)

hm, I dislike that there are some holes in the side of some long fall areas which you either ge tor will never have a change to return too.
in general it is a bit too straight for my taste and sometimes it's unclear which way is the one to the collectible and which one leads to the next area (which you cant get back from either cause it's always forward never back)

Thanks for playing. Just read the review, was a cool read! You raised some good points. Glad to see I managed to make a puzzle game that a puzzle hater such as yourself did even somewhat like.

Quite interesting that you found it to be a labyrinth. It is actually very linear, all the branching paths come to an end or loop back to the main path quickly. The original jam version only had the first terminal room and it served no purpose at all really, it was added in for the illusion of non-linearity (knowing quite a lot of people would miss that jump anyway). So I guess my plan to make it seem less linear really worked out if you found it to be a labyrinth and even somehow managed to get lost in it.

You don't actually need all the terminals for the ending. How many did you find? Did you completely miss the hint picture with pieces missing? It is probably a flaw in the puzzle design there that it is only shown after a 4 second delay after triggering the machine or with some specific commands. So if the player writes some command before that time is up, they might end up missing it completely.

And when it comes to your last question, the answer is simple. Someone who's mother decided to name them that. Or it actually was the lady who lived as a neighbour but that's a whole another story...

Yup, you're quite right, the ending in this one isn't anything that special either. There is a hard mode afterwards but that probably isn't your cup of tea as a non puzzle lover.

The number in the end terminal is indeed the total number of the "secret" terminals but not all of them are needed for the solution. One could probably solve it with only 2 or 3. I'm gonna tweak the ending puzzle a bit to try to make sure that people don't miss out on the hint image.

Thanks again for your insights!

There's a terminal I cannot get to for the life of me after checkpoint 2. It's the fourth one, and I'm expected to make a jump that is pretty much impossible. And when I inevitably miss, I have to go through a bunch of screens again. It's very frustrating.

That aside, this was a really great, unique concept.

That is actually the exit from that secret terminal area. The entrance is probably hidden a bit too well even though it is visible in the map.

Yes but only later on. There also is a way to get back to those missed collectibles which are actually the key to beat the game. Thanks for giving it a go!

One of my favorite projects during the last LD session. I liked it and I like always. I am very happy to see that you did finally a full game which deserves many compliments. Well done. See you later for the 40th LD. I wish you the best ++

Thanks for playing and the kind words ;)

I just had so much fun to play this one. I hope that you will keep developing this game. In my opinion it has very big potential. The music is great also I like this kind of graphics.

Thanks for playing! I think I'm pretty much done with this one for now at least. Can't really think of any ways to add more to it without getting repetitive and boring. I'll pass on your comment about the music to the guy who made it ;)

This  was a really fun little game, and rather hard at times.  I made a video about it so I hope that you enjoy.  I also only managed to make it about halfway before I called it quits.  Keep up the good work!

Thanks! First of all, did you just scale the video ratio or was the game not 1:1 aspect ratio for you?

The growing letters when mashing all the keys isn't intentional and managed to replicate it so now I can go ahead and fix it. I had a similar issue earlier but that was already fixed. Also saw another visual anomaly in your gameplay with the face letters, I guess you played the web version since some of the sounds effects sounded weird and poppy as they do in that version for some odd reason?

And that was actually way past the halfway, it was actually very close to the end. The 3/6 is just "hidden" terminals collectibles that serve as hints in the end puzzle.

I was playing the web version, and I wasn't aware that you weren't suppose to mash all the keys, I just figured that was a feature in the game.  Thanks for making the game it was a lot of fun.

Before I say anything about the actual game I would definetly suggest putting a description and some screenshots on this page so people know what their playing.

And on to the actual game. I loved it. The original gameplaymechanics and the simplistic art style go together so well. I personaly think this is an outstandingly creative game, and now I know why it was on the featured page. I would definetly recommend this game to anyone who wants to see a new take on an old game style.

Thanks for playing and making a video about it! There are actually screenshots but itch just likes to hide them from the page itself when there is a web version of the game (they do still show in homepage etc when you hover over it). I guess I should add them to the description manually. And the idea behind not having much of a description was to let players have that aha moment in the beginning (that you also experienced) when they actually find out how to play.

And yes, S is a terrible letter and long live J.

This is great, it's now featured on the homepage!